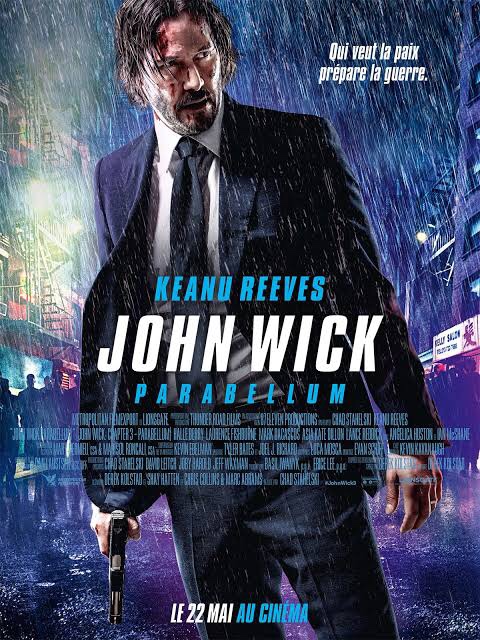 …and just like that, John Wick is back. The Boogeyman, the Devil himself, our very own Baba Yaga is out on the streets, only this time being an “excommunicado”- with a bounty on his head. Having rubbed his bosses the wrong way in Chapter 2, John Wick is being hunted down by assassins as he tries his best to save himself thereby killing a few hundreds in the process (that’s John for you). How and if John survives is for you to unearth in Chapter 3: Parabellum.

Why do we love John Wick? I’ll start with my own reason- Jonathan Wick came out of retirement to avenge the death of his dog. How many heroes have done that in a movie? (I have seen vice versa in “Teri Meherbaniyaan” though). John is the Reaper. He is known to make his enemies pay and just because someone dared to wake the Devil up, the whole alliance is now in shambles because of this one man army (Sorry, Sony Max). The way he fights, always a step ahead, preempting his enemies’ moves, his lightning fast reflexes and his determination to take it to the end, no matter what the cost is what makes John Wick a liveable character, a fan favourite. And trust me, he only gets better in Chapter 3.

Now, the whole trilogy has been a continuous stretch of events where the sequel starts where the prequel ended. Chapter 3 shows John on the run as he gets to the Continental and then to seek the help of Sofia (Halle Berry), a former assassin. A fight scene in the library at the beginning is just the tip of the iceberg, as we get to see one action sequence after another, and you just sit there gasping in disbelief as the man does the impossible. The story is not much of a winner here, but it is the layered characters and terrific action sequences that keep the spirit of John Wick up and running in Chapter 3. Also the background score- the winning “John Wick Reckoning” track gives goosebumps everytime it plays. Director Chad Stahelski, once a stunt double for Keanu Reeves knows the man better than anyone else. The entire efforts having gone down into preparing for the action sequences bear fruit as John Wick arguably turns out to be one of the best ever action movies (Right up there with the Bourne movies).

My verdict- “John Wick: Chapter 3- Parabellum” is an extraordinary movie, that has all the elements of a typical John Wick movie. The stylish presentation, the unapologetic violence, terrific action sequences and a protagonist that refuses to give up. Get ready to be blown away by perhaps the best action movie to have been out there on display in the past few years. I loved it. As expected, the movie is all about Keanu Reeves who shines and dazzles. Now, is a chapter 4 in the reckoning? Go, figure it out, in the meantime allow me to rate the movie 4 stars out of 5. John Wick’s legacy lives on…

KuddelMuddel means an unstructured mess. From the mess, comes our great inspiration,great ideas and great conversation. KuddelMuddel is a platform for all genre of writers to showcase their Writing skills. Be it a story, a poem, a product review, a new start up idea ie- Simply anything you wanted to share with the world. KuddelMuddel is part of Butterfliez Advertising Services LLP, Bangalore. Lets KuddelMuddel! View all posts by KuddelMuddel